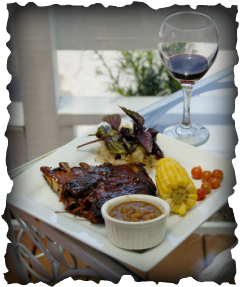 Clean natural food, water and air are essential to life. Food Sovereignty is the right of people to determine their own food and agriculture policies.

People must always have the ability to grow food and it must not be jeopardized by any individual, organization, government or corporation.

Food sovereignty begins with the basic producer of the raw food. The farmer, fishermen, rancher. They are the first links in the food production system.

All people producing food are included. The native people of poor nations are also part of the system.


Food sovereignty is more than just the production of food to meet physical needs. It requires that people assert themselves and  reclaim  their power in the food system.


​So now here is the call to action. Do you believe that our food supply is threatened and controlled by a handful of corporations?

Well sit back and keep reading. You are about to see the light. Well maybe not. Actually about 50 Percent of the people in the USA think GMO's are actually great. They think the rest of us are stupid ignorant conspiracy theorists. Wow, that really hurts my feelings.

Some of them have actually called me and others Commies. OMG! :-(

​Profit is not a dirty word. Greed is!

​Big Food is focused on one thing and one thing only. They care solely about making huge profits. Hunger and starvation on a global scale is an opportunity for them to reap even larger profits. But profit alone is not the concern. Who will ultimately control the food supply is a big concern in my humble opinion.

So how could Big Food control the food supply? Come on Pepe you have gone off the deep end here brother!

Well, three letters........ GMO.  Genetically Modified Organisms are the trojan horses we are allowing into the castle. The castle is our home. I don't care if you live in a hut, a log cabin an apartment a nice house or a mansion. They are coming for you and your family. They are playing Russian Roulette with all our lives.


This is a two pronged attack. The first is the one that basically treats us all as guinea pigs and the second takes control of the farmer and the food supply.  We will explore this attack here.

Those of us, fortunate enough to afford food from organic sources clearly have the advantage. We can avoid, for a time anyway, the possible health risks associated with GMO foods. Food that is labeled USDA Organic can not knowingly contain GMO'S. So everyone else will have the corn, sprayed with herbicides and modified with a bacterium that kills worms.  This biological insecticide, in the corn's DNA destroys the worms digestive system. Keep in mind that close to 80% or more of the corn grown in the USA is GMO corn. So, unless we buy only organic we are being exposed to GMO'S.

Corn is not the only GMO food in the supply. We also have squash, papaya, soybeans, cotton, canola, potatoes. rice, apples and many more. With more fruits and vegetables rapidly infiltrating our food system, the second part of the attack comes into play.

Control the seeds and it's game over!   (Discussion regarding Heirloom seeds here)


Plants are not the only foods that are Genetically engineered/modified. Animals are now also in the GMO game.

So if you are worried that something fishy is going on, here comes the AquAdvantage Salmon. This GMO fish is now approved for mass production but not yet sold in the USA.
as of 02/09/2016

This fish will be raised in tanks and will grow twice as large as other Salmon in half the time. Some scientists, politicians and others are concerned with possible negative effects. What if escaped fish mate with wild salmon species? No one knows what impact this could have on the oceans and the effects of possible mutations.

More about the Salmon from The New York Times: